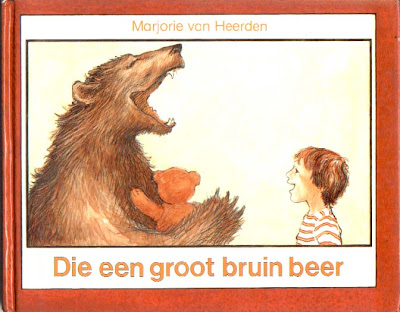 On his first visit to the zoo Markus wants to take all his favourite toys along, but his father says "Only one."
He chooses his most favourite toy, his bear.
At the zoo there are many animals: two tigers, two elephants, three hippopotamuses, two seals, a lot of ducks and even more rabbits, but there is only one brown bear. Markus senses the bear's loneliness and gives the bear his favourite toy, his brown bear. The first picture book Marjorie wrote and illustrated!