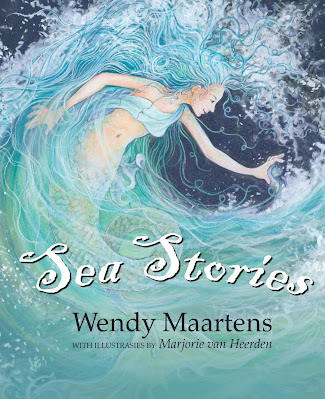 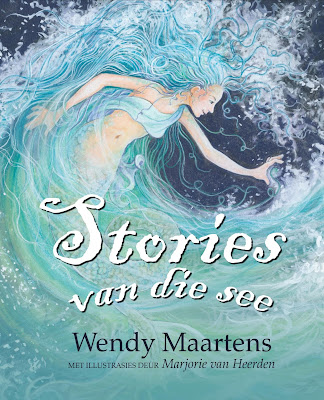 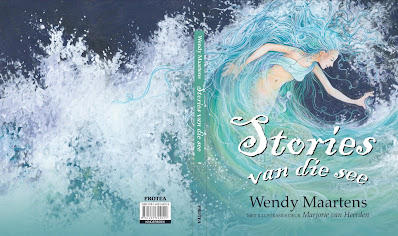 BACKGROUND
Sea Stories is a collection of stories from around the world – from “Hans and the hole” in Haarlem to the harvesters of seabird nests Adhi and Sinta in the East. But there are also many local stories about the Birkenhead Command, “The Flying Dutchman”, the Alibama, Wolraad Woltemade, the Hole-in-the-Wall at esiKhaleni where the water people come to fetch you, “The ghosts of Jutten Island”, “Adamastor and the Cape of Storms” and the shepherd from Macassar who found Sheik Yusuf’s grave amongst the dunes. Sea Stories also contains adaptations of The Little Mermaid, the tale of Princess Elisa and her eleven swan brothers, and the West Coast farmer Koos Malgas who stole his wife’s seal skin. And of course Hare tricks Salt Water Crocodile. The charming illustrations by Marjorie van Heerden will carry a little reader away to a magical world full of oceanic wonder.

Wendy Maartens lives in Table View – only a stone’s throw from the “big blue dam”, Rietvlei’s lagoon and the West Coast where everything centres around the turn of the tide, the early morning’s catch and stories from long ago. She is an author of children’s books, a journalist, a translator and a dreamer. In 2005 her book Lena se bottelboom was placed on Exclusive Books’ “Publisher’s Choice” List and in 2006 Maartens received an honourable mention at the Noma Awards. Twice she has also been a finalist at the ATKV’s Veertjie Awards: In 2006 for Lena se Bottelboom and in 2007 for a column.

Since the publication of Marjorie van Heerden’s first children’s picture book in 1983, more than 130 titles have been published with her as illustrator or writer/illustrator and her work has been translated into 34 languages and distributed in Africa, Britain, Europe, the East, and the USA. Marjorie van Heerden has won numerous awards for her work including the 2011 W.B. Mkhize Award, handed out annually by the Usiba Writers’ Guild, for the Zulu version of Lulama’s long way home (Uhambo LukaLulama Olude), a picture book she wrote and illustrated, published by Giraffe Books, an imprint of Pan MacMillan. In 2012, Marjorie and author Alex D’Angelo won the M.E.R. Award (one of the Media24 Books Literary Awards) for the best illustrated children’s book published in South African during the previous year (2011) – they won for Goblin Diaries: Apprenticed to the Red Witch, published by Tafelberg Publishers (SA). This was the second time she had been awarded this prestigious award – the first time was in 2008 when she won it with author Wendy Hartmann for Nina and Little Duck, published in 2007 by Human & Rousseau.

To Buy these Books 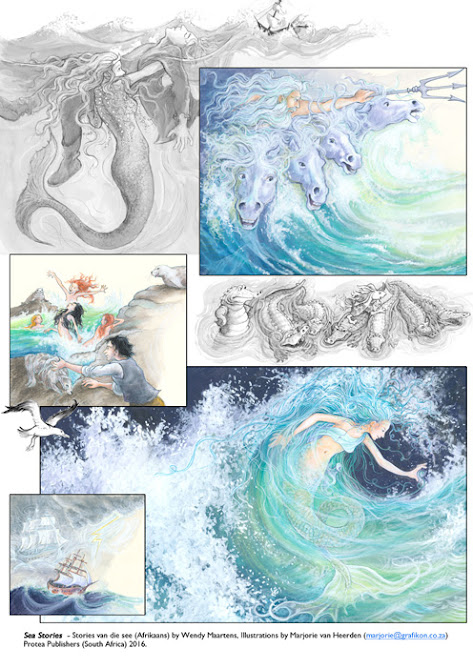