The Adventures of Willy Nilly and Thumper Book Two: The Hermit's Last Hairs 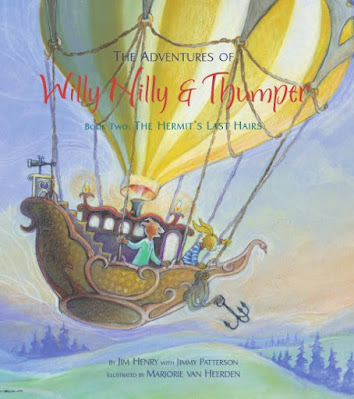 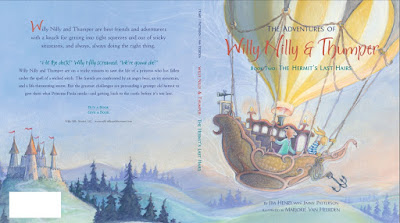 The Adventures of Willy Nilly and Thumper
Book Two: The Hermit's Last Hairs
ISBN-10: 1939368030
ISBN-13: 978-1939368034
Written by Jim Henry with Jimmy Patterson (USA)
Illustrated by Marjorie van Heerden
Willy Nilly Stories LLC; 1 edition (May 5, 2016)
While on a tricky mission to save the life of a princess who has fallen under the spell of a wicked witch the friends are confronted by an angry bear, an icy mountain, a scary hot-air balloon ride, and a life-threatening storm. But the greatest challenge is persuading a grumpy old hermit to give them what Princess Paula needs, and getting it back to the castle before it is too late.
To Buy this book on Amazon.com:
https://www.amazon.com/Hermits-Last-Hairs-Adventures-Thumper/dp/1939368030/ref=sr_1_1?keywords=the+adventures+of+Willy+Nilly+and+Thumper+Book+2+Hermit%27s+Last+hairs&qid=1638046713&qsid=139-8880232-5305851&s=books&sr=1-1&sres=1939368030&srpt=ABIS_EBOOKS
Willy Nilly stories have been told in Jim Henry’s family for three generations. Like his grandfather and father before him, Jim continued the tradition by telling bedtime stories about Willy Nilly, first to his three children and later to his eleven grandchildren. Now, together with New York editor Simone Kaplan (previously editor at Henry Holt and at Harper Collins NY), Jim is in the process of publishing the first collection (six stories). A second collection is already on the drawing board.
For more information go to https://willynillystories.com/ 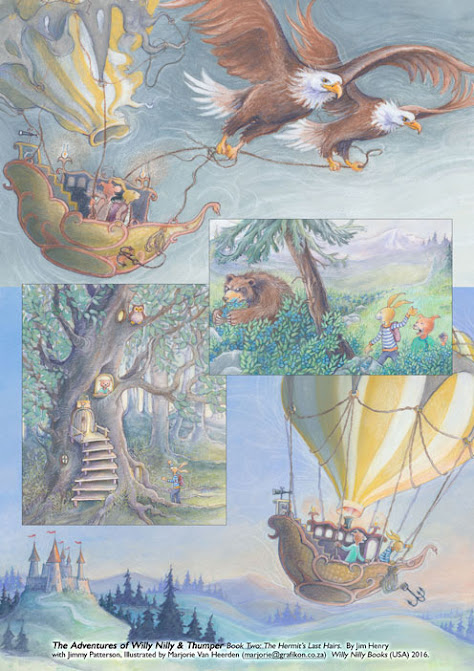